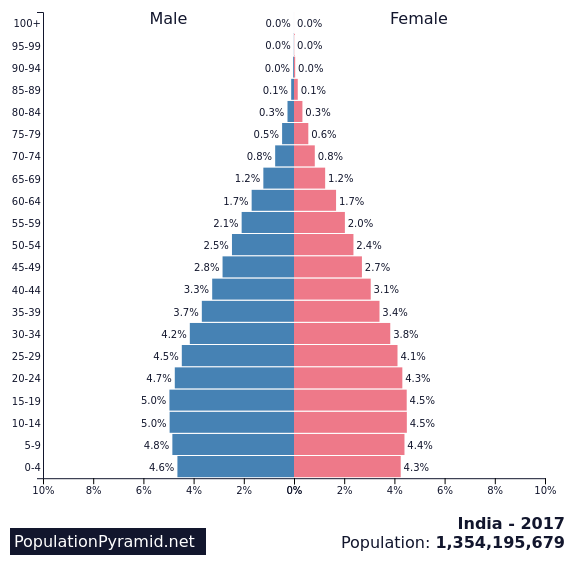 We can see that there is an aging population, most of the population is young or working age. The number of elderly people is very less in proportion to the rest of the population. This is good because the government won’t have to spend much money on welfare payments, nursing homes or pensions. However, they will have to spend money on healthcare and education to facilitate the young people in society. Lastly, having a large working force is beneficial to the economy because there is increased productivity.

The shape of graph is wide at the base and curves inwards. The population is relatively the same all the way until the 34-year-old mark.